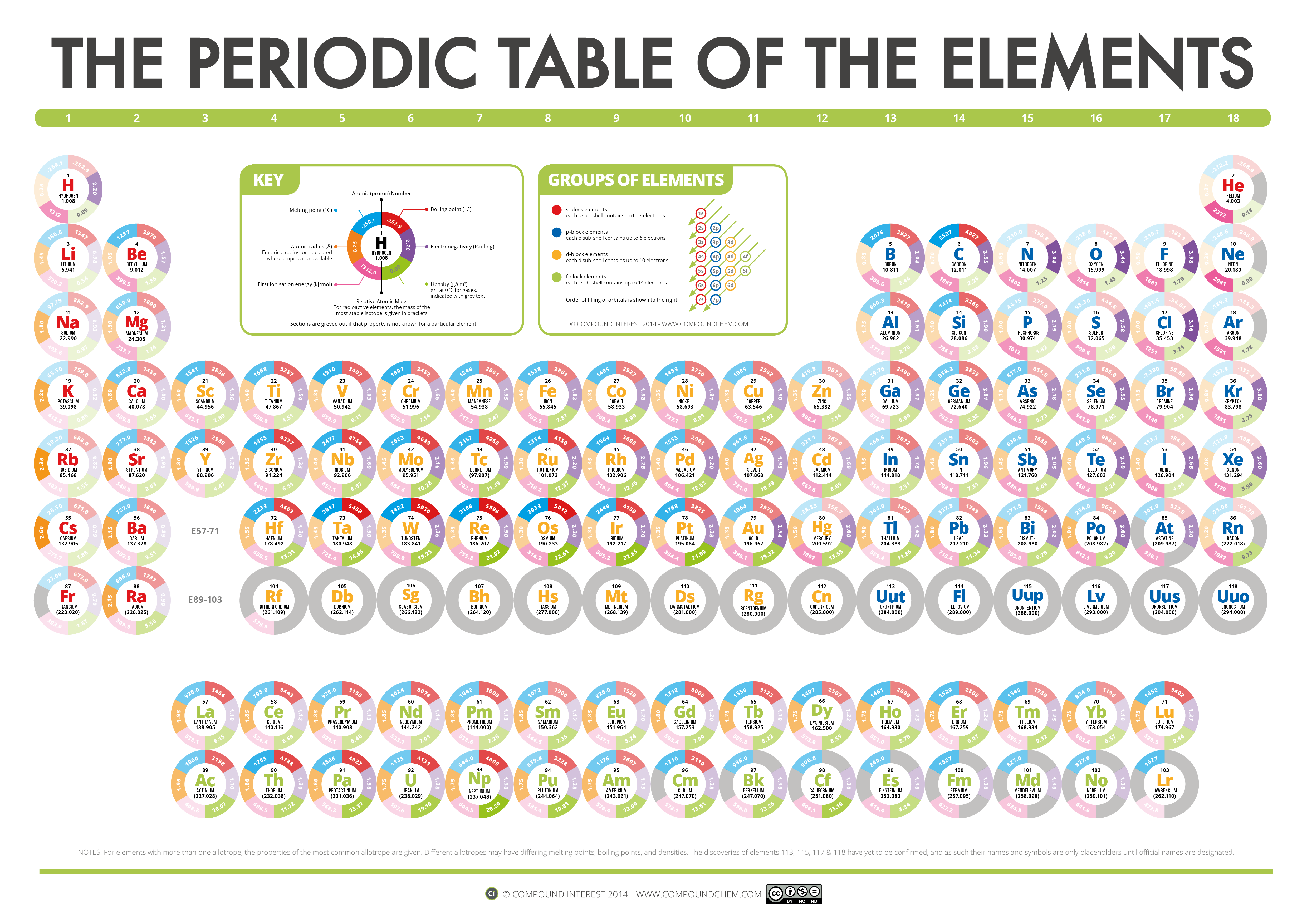 The Periodic table characterizes the known elements in increasing order of atomic number. This is not just a list of elements it is organized in very different ways like properties or position. Elements themselves can be one of the following metals, non-metals and metalloids.

Regarding position, one way that the elements are organized is vertically in groups or families. An example of this is group 8, the noble gases with include Helium, Neon and Argon. Group 1 has a specific name, called alkali metals, but it isn’t the only family with a special name. there is group 17 which includes Fluorine and Chlorine, that is called the halogens. When looking at groups, elements at the top are the beginning of the group and the ones at the bottom are the end of the group. The main group elements are the ones in groups 1, 2 and the ones ranging from 13 – 18 and the metals in between 3 and 12 are the transition metals.

Elements are organized in horizontally in periods. There are a total of 7 groups in the periodic table and each vary in how many elements they contain. Period 1 only has two elements, Hydrogen and Helium. Period 2 has eight elements whereas group 6 has the most with the addition of the top section of the block of elements on the bottom of the table called lanthanides.Below them are the actinides, which follow the same rules as the lanthanide but in group 7.

Now, you are ready to do the test you can find in the follow tab. Go for it!